If you think/say “It’s not THEIR job!” when discussing Active Shooter events regarding possible training, you’re wrong. Please don’t take offense, but hear me out on this.

Until Law Enforcement and/or Medical Professionals arrive on-scene during and after an Active Shooter event, pretty much everything that would normally be ‘their’ job – is your job right now. These responsibilities can include threat denial (access/ability to start or continue the killing), notification (calling 911), wound treatment/victim care, stopping the threat through disarming or other physical methods (verbal de-escalation is off the table at this point), and evacuating or helping to rescue others and get them to a safe place.

It was mentioned to me that some people may be expected to undergo training on the new ‘Stop the Bleed’ program being rolled out to the public/schools/institutions – and then this quote comes into play: “that’s NOT their job!” You are absolutely right, but also very wrong at the same time.

Under ‘normal’ circumstances, most of us might agree with you, that it’s NOT their job. Your thought process is responding to the ‘normal’ aspect of what typically might happen during any other violent event where people are hurt or killed. But, even then, your ability to step up and perform some of these skills MIGHT be a contributing factor to saving those very same lives. You are also correct in thinking that that may be dangerous, and even crazy. Now consider that you MAY save a life, or not through your inaction. Can you live with the ‘or not’ option should you so choose when you could have chosen otherwise?

This isn’t about trying to turn anyone into a hero; it’s about doing the right thing IF you are capable of and willing to do so. Thinking “it’s not their job!” is normal, and expected, but we need to change the thought process and educate on WHY it IS their job if/when the opportunity presents itself.

Typical response times for most Law Enforcement agencies (FBI data, 2018) to an Active Shooter event is three minutes – nationally. If you’ve ever been in a fight, three minutes can seem like forever. Now, keep in mind that ‘arrive’ means that they appear on-scene – OUTSIDE. It may be quite awhile before they make their way to YOU. Now, your survival will depend on YOUR skills, and not theirs. Does that turn some dials for you?

We can agree that under normal circumstances teachers should NOT be expected to learn martial arts or gun disarms. They should not be expected to be triage practitioners or combat medics either.

It was in the not so recent past (1950’s) that a similar circumstance may have occurred – making it the responsibility of teachers to be Civil Defense Administrator’s for their schools – responsible for conducting and teaching bomb shelter drills. That shouldn’t have been their job either. By the 1960’s they were also expected to be Fire Marshals. Responsible for the lives of their children and being expected to set off fire alarms and evacuate their students to a pre-determined, safe location.

An Active Shooter event is this generation’s reality event. So yes, it’s NOT heir job, but denial is not going to change the realities of what can be expected to happen during such an event. 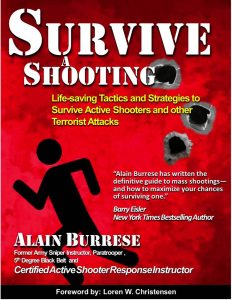 A lot of damage occurs during these events. The most egregious may be the long-term effects — the long-term/permanent psychological after-effects that can and will destroy individuals, families and communities. Living with the terror is one strong possibility. Living with the guilt of NOT doing something may be more detrimental. That guilt can extend out to those that say ‘it’s not their job.’ Because, only then will you see/experience the effects of the damage that that statement may have on another that MAY have been willing to do more than we should expect of each other.

I will agree that it should be a choice. I will also agree that certain skills belong only in responsible hands. How will we determine who is best, and who is truly capable? They may not be the same person.

In order to put this in proper perspective, we need to educate more extensively on how these events happen, and discuss in depth some of the personal choices we may have to make in order to survive or ensure that others survive. We need to also have an in-depth discussion about facts of what has happened to survivors of these events – including their emotional well-being. Better than most, they can tell us how they feel about the idea of training teachers/students/co-workers to be able to triage potential casualties during an event like this. They may be able to express why they think it may have been helpful or a necessary skill that they did or could have used during this stressful encounter. They may be the only ones besides the experts that can put teeth into the argument FOR such preparation and training. 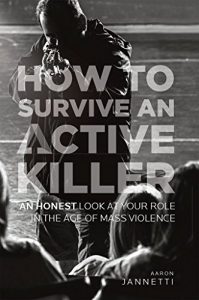 For many years I did security at a hospital. We were never expected to provide and First-Aid, CPR, or even Psychological counseling to anyone in or around the facility -which included areas immediately adjacent to our property lines. We were always taught to ‘call it in’ to our Base operator, who would in turn notify the proper resources to advise/address the emergency situation. We were never taught nor expected to deal with emergent situations: sudden child-birth in a vehicle adjacent to property; heart-attacks; patients in emotional distress; drug overdoses; victim of vehicular accidents; gun-shot victims; stabbing/slashing victims; The public’s perception of our capabilities however was exactly the opposite! We were expected to do the right thing at the right place and right time, every time. We were never trained, and yet we may have been the first on-scene responders. The expectation is that you are there to do more than just to be there.

Do I feel differently because of all of those experiences? Absolutely. I did whatever was within my power to learn what and how to do many of the skills that ‘weren’t my job.’ I took all of the time and money out of my own pocket to get me closer to being able to do some or all of that. I attended seminars, read the material, watched the videos, got hands-on training. I educated myself. I did so because not only did I feel un-prepared, but also because I knew it was the right thing to do – for me as well as for others. I am different in that perhaps, but I’m not alone.

Maybe the argument to put forth is ‘is it the RIGHT thing to do’ vs. ‘it’s not THEIR job!’ We can only make our own personal choices. It may never become a mandatory commitment, or expectation, but inter-personal dynamics could become the determining factor in some instances. Peer-pressure to get involved, to get educated could be a strong factor to get you to go along with the program. That may be forgivable if you factor this in: we’re all in this together. If the SHTF, I may expect you to know how to care for a gunshot wound or knife laceration; I may expect you to know something about how to properly attack the guy with the gun if that opportunity presents itself; I may expect you to simply stop freaking out long enough to dial 911. The difference will be – you tried, or you didn’t.

Choices need to be made – now. Sometimes the ability to make those choices can and will change. Life changes, and your abilities will change, your attitude will change, and your thought process and experiences will change. Change is hard sometimes. This should only be about someone’s ability and willingness to take charge, do what they are able to until the experts arrive on-scene. Three minutes, or several hours – it all depends on the threat presented/present, the size of the venue, and the resources available to address all of that. It now becomes a choice, your choice. Under these circumstances it’s not an un-reasonable expectation. That choice, your choice, will affect your life, and the lives of others.

Act or defray? It will affect more than just one life, and it will likely have a long lasting after affect on yours, either way. It won’t ever be about success or defeat, only about trying – or not.