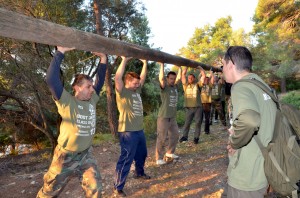 • At one defensive shooting academy, a firearms trainer shoots and wounds one of his own instructors.

• At other training facilities, students are routinely hospitalized with ‘training accidents.’

• There are systems in the Martial Arts marketplace that claim to produce the ‘Baddest,’ or ‘Deadliest’ students. One instructor even markets himself as a ‘Real-Deal Israeli… with blood on my hands.’

• If you search YouTube on the internet for firearms instruction you will see many that sell themselves as the iconic movie character Rambo.

• Some students and/or instructors walk around with multiple knives on their belts, which makes them look like Bob the Builder.

A firearms instructor that shot and injured one of his own instructors. This man has military experience, he trains LEO, military and civilians. He knows guns, so what happened? He fired four rounds down-range on another human, but only had three hits. One bullet to the hand, two bullets near center-mass. He missed with one bullet. Why? Would you assume that he is an expert in his field, based on who he trains? Couldn’t you also assume then that he’d know the difference between a live target and a stationary one? That he’d know his range-safety rules? What went wrong? While this a tragic example, it points out that an ‘expert’, may not be so.

In too many other training facilities, students are injured by over-enthusiastic instructors that let their egos dictate the lesson plan. Often ending up in an emergency room, because as trainers, they were not following good training standards.

Others sell their systems using good and/or bad marketing, depending on your point of view. It’s good marketing, as it relies heavily on people’s fear, and lack of education. There is a market for that. It also preys on their wish to be more than ‘wimps.’ Traditionally, this tactic has worked for years, but that does not make it right, or good. This marketing tactic ensures income, but at the expense of the students, and in many cases the instructors.

Do you really want to be the guy that walks around with 12 knives on your belt – Bob The Builder? If you found yourself in a real fight, are you prepared to share your knives with your enemy? How you will explain it, in your post-conflict phase, in court — why you had 12 knives on you for self-defense? You will be charged with murder, and find yourself unable to defend yourself claiming self-defense.

So, why all of the ego, and testosterone? Why the need to sell yourself based on a movie character? Anyone can call themselves an ‘expert’ these days and through effective marketing, they will put many students at risk. Far too many students are paying the price for this dubious marketing trend. In martial arts, all study should start with a good attitude. We must teach the proper attitude and the proper safety. It is our duty as instructors and educators. We teach martial arts. We are martial artists first and

last. With education in traditional martial arts, we wish to make it more ‘real’ to our students, not to promote it as a ‘B’ movie. We don’t require military fatigues and helmets to prove our methods and techniques work. Where would we face that? When we teach civilians, we should not mix our training with what might be taught in a Commando unit. Too many civilians want go out in public dressed with paramilitary uniforms, but when it comes to training hard, then they say ‘no thank you!’ If you really want to be a soldier, join the army! 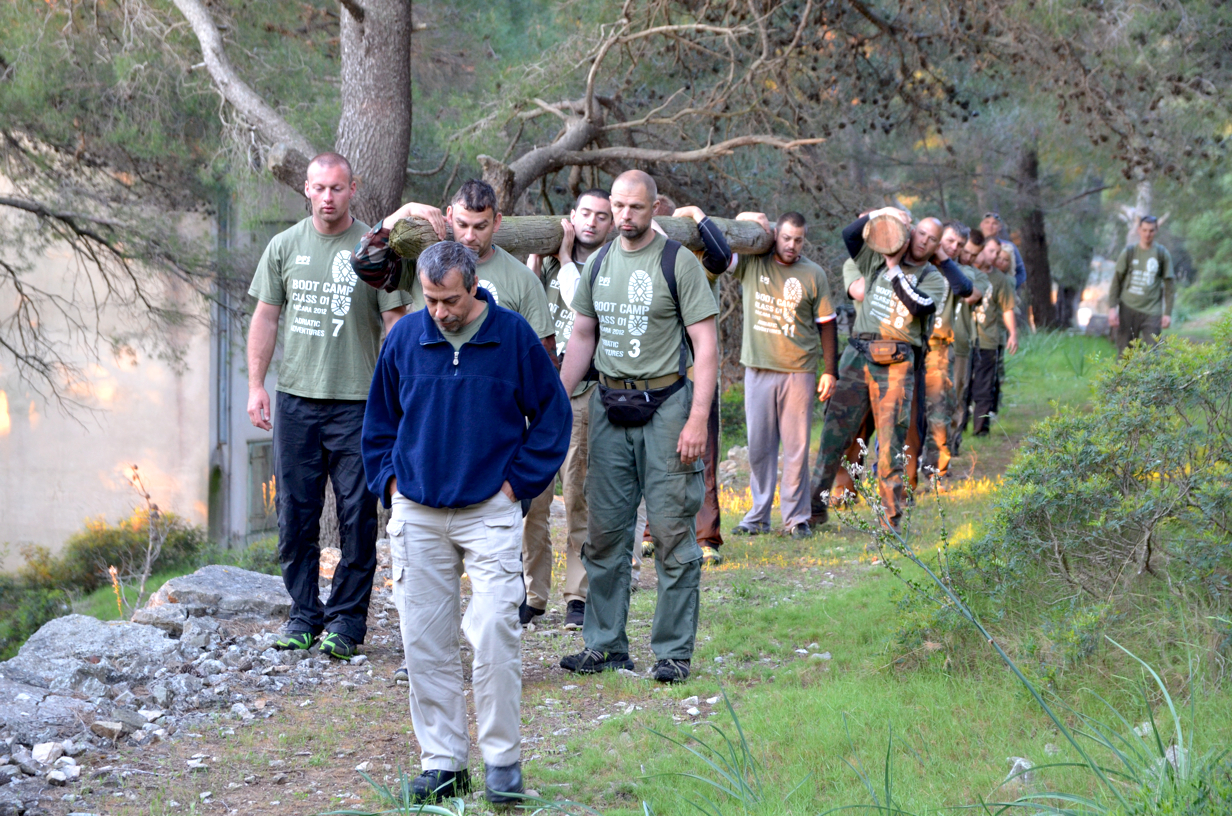 At an industry awards dinner an award was presented to the ‘Best Self-Defense Instructor’ of the year. The winner was too afraid to go to his hotel alone, so he asked me to escort him. Is it reality, or an illusion? Unfortunately, many Reality-Based programs have nothing to do with reality anymore. Reality-Based martial arts got it’s start several years ago, and the ‘reality’ aspect has been copied, and diluted from it’s original intent. As one of the pioneers of Reality-Based martial arts, I coined the phrase “It is better to be a student of reality, than a master of illusion.” One system stated that “we are a combat system. We are not a traditional martial art. We are a no-nonsense martial art.” Another system describes itself as ‘non-sport’ Are they real?

Trainers may try to show off, but they forget the most important aspect: we are also Educators. With the recent popularity of Mixed Martial Arts, many have forgotten the differences between the Dojo and the Gym, the workout and the class. As teachers in martial arts, and yes, firearms are a part of KAPAP. Guns are evil – guns have only one purpose: to kill. So why do so many people try to get their pictures hugging guns? This is why I don’t like guns, but yes, I teach firearms to make sure people are safe if they use one.In KAPAP, our motto is ‘safety first, safety last.’

“WHILE A SOLDIER MAY FOLLOW ORDERS, A WARRIOR ALWAYS FOLLOWS HIS HEART.”

I never saw myself as soldier, even though I became an army Major. I always followed my heart, my common sense, my morals, my ethics and I also asked my students to follow theirs, to use their own brains. And that’s one of the things that makes KAPAP different. Question these marketing hooks:

Train as You Fight>

It’s a catch-phrase that makes no sense. You cannot ever train as you would fight. If you were to train that way, you’d get hurt every time you trained. Would you really train with a sharp knife? How about a loaded handgun? You will get hurt or killed if you do. Guaranteed.

Don’t be a Victim>

Don’t fall for bad marketing. Question ‘experts’ credentials. Learn the laws concerning self-defense as it applies to you and where you live. You will likely be surprised. Don’t be manipulated by marketing.

The triangle of teaching or study was developed with and after years of experience. Mistakes were made along the way, but we were lucky nothing bad happened, and we survived to change and develop better ideas based on the mistakes that had been made.

The basis is technique and drills. By studying the different techniques and linking them together to create different drills and play, we can then get to the top of the triangle, which is the fight. Unfortunately today, with MMA attitudes, many students want to start fighting before studying. This leads to a triangle with no base to fall back on. It means injuries, and accidents that need not happen. 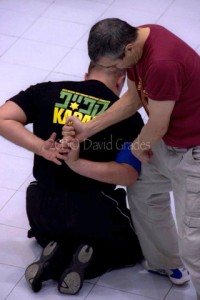 As disturbing as these facts and trends are, there seems to be no imminent solutions either, unless we, as martial artists, step up, speak up and take corrective actions – for ourselves, and for our students. Being a martial artist should not be about profit at the expense of others. It should be about education, safety, respect, culture, morals, and common sense. Let’s elevate the Martial Arts as educators, not merely as instructors and trainers. It’s time for us to build a better future for all of the Martial Arts community.

“Keep the ego out of schools, keep an open mind and study.”

“It is better to be a student of reality, than a master of illusion.”

“It’s not the size of your stones, it’s what you build with them.”

Start building. Do your part to make a positive difference.